Our good friend Kevin Little of San Angelo, TX has been putting in a lot of hard working finding kids in his area that want to start skating and get them pairs of skates. He just sent us a huge update with pictures of some of the local skaters. 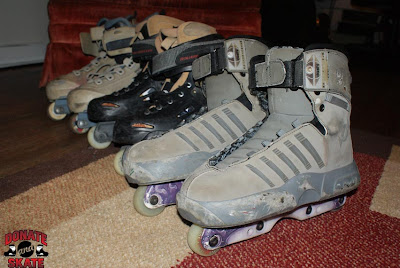 Skates Kevin has given out around his area. 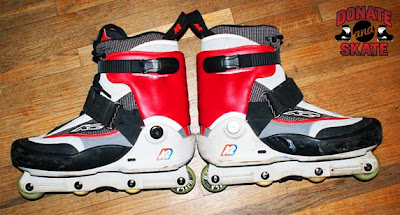 K2s that were donated to a local named Brett. 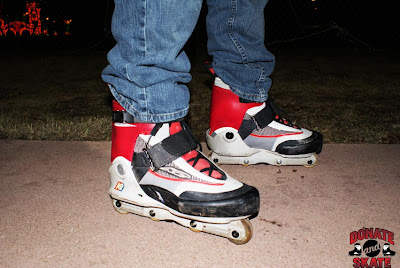 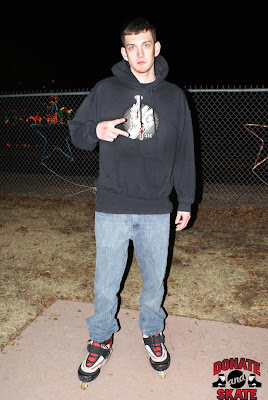 Brett in his K2s. 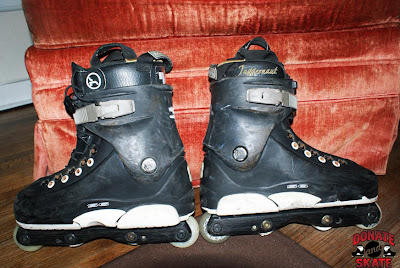 Razors that were donated to a local named Caleb. 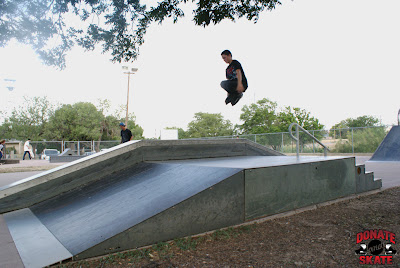 Caleb airing the box at his local park in his new skates. 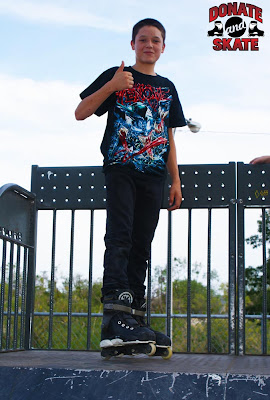 Caleb and his skates. 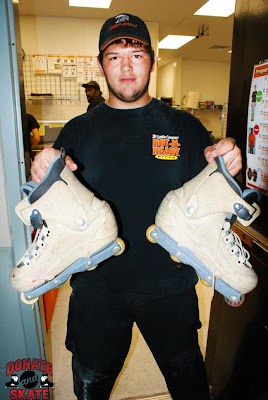 Jeremy and his Salomons that were given to him by Kevin. 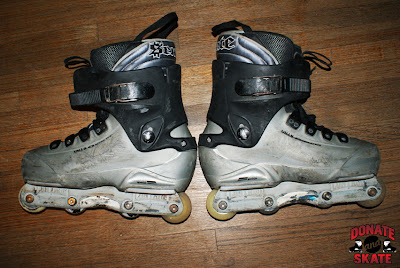 Salomons that Kevin has given out around his area. 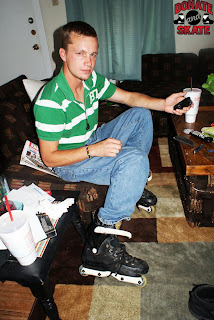 Spanky and his new USD's given to him by Kevin.

Donate and Skate wants to give Kevin a HUGE thank you for embodying everything that we stand for, being so passionate about rollerblading, and wanting to give that passion to others. We can't thank you enough!
Posted by Donate and Skate at 5:03 AM No comments:

Donate and Skate received an email a few months back from a young blader by the name of Robert Johnson. After reading Roberts story and responding to him through email, we decided he was in desperate need of skates and something to do to get his mind off of the hard times he was going through.
Little did we know Robert would enjoy the skates so much that he would email us back with a little bio of himself and an edit of him killing some skateparks in his blades!

Robert said:
"Heres some info about me:
How old are you? 18 will be 19 December 8th
Where are you from? Omaha, NEBRASKA!
Why do you skate? It just comes naturally to me and I do it for the rush. Also a great workout.
Who taught you to skate? Myself and Youtube videos.
Favorite skater? Joey McGarry!!!!
Do you plan on making a career out of this? No, but that would be nice though. I'm leaving for bootcamp for the Marines next April.
How long have you been skating for? 10 years just skating and jumps, 3 years aggressive skating.
Best trick? 180 to toe roll or 540 mute"
Thanks for the update Robert! We're so glad you're enjoying your skates!
Posted by Donate and Skate at 3:49 PM No comments:

Once again, my good buddy Dillon Millsap brought to my attention someone in his crew that wanted to start skating again. Tobi had skated in the past, but it had been awhile since he had skated and wasn't able to purchase brand new skates to start blading again. Usually Donate and Skate does not give out parts, but when we were ready to donate skates to Tobi, someone had already gave him some Deshi Carbons, so we ended up giving him the Xsjado frames and Face wheels he would have gotten on his skates from us. 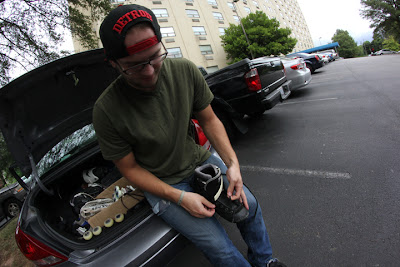 Tobi lacing up his Deshis. 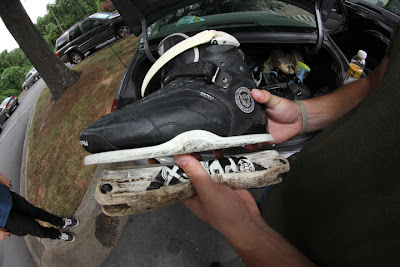 Checking out what the set up will look like. 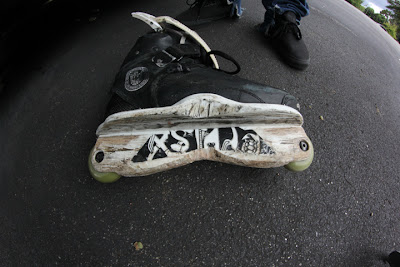 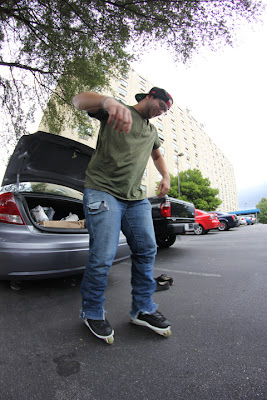 Seeing if his Face wheels will roll in the frames. 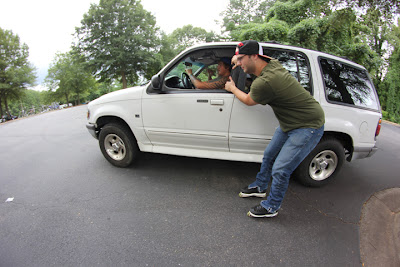 Dillon drove Tobi around the parking lot a few times so that the 60mm Face wheels would wear down and roll in his new setup. Thankfully they did, and Tobi was digging his new skates.

Posted by Donate and Skate at 3:36 PM No comments:

My good friend Dillon mentioned he knew someone that wanted to start skating. Dillon lives near Raleigh, NC in a town called Clayton. Clayton is near the country. There aren't a lot of spots or skaters in their area, and it's hard for them to get out to Raleigh all the time to skate. Dillon brought Brian to a session and he immediately brightened up the mood. Brian is fun, positive, and was extremely eager to try out rollerblading for the first time. 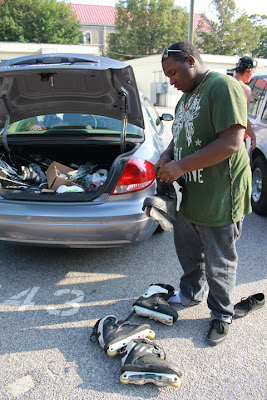 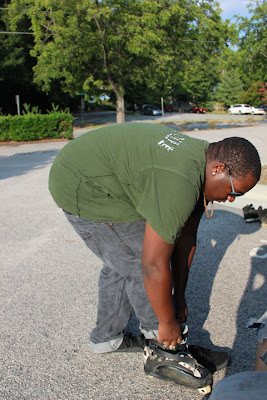 Brian decided to go with some Remz. he said he liked how comfortable they were, and the fact that he had different options to buckle, tie, and lace them up. 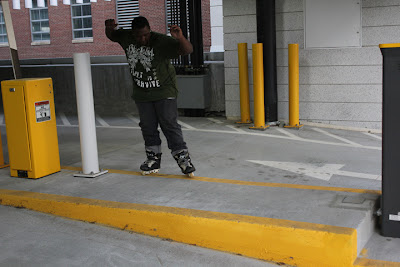 Brian's first official trick on blades. After getting used to rolling around he decided to just start going for some frontsides. Brian wasn't afraid to fall, and each bail he took he used it to learn how to balance and grind better. 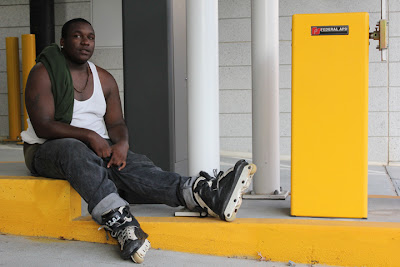 Brian had fun and wanted to make the effort to come out and start skating with us more. Thanks to Dillon for finding such an eager and positive new blader! We were more than happy to give him his first pair of blades.
Posted by Donate and Skate at 11:29 AM No comments: 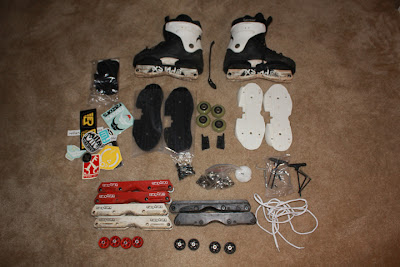 Devon Avant from Norfolk, Virginia donated us a huge box while visiting and skating in Raleigh. He gave us a pair of Razor Genesys and in the box there was a pair of brand new wheels and bearings, brand new Razor Genesys stock souls, night souls, and backslides, 3 pairs of frames, anti rockers, random tools and stickers. Thanks Devon!
Posted by Donate and Skate at 12:04 PM No comments: 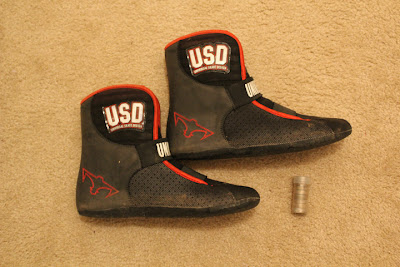 Josh Yarmesch of Conneaut, OH sent us a SECOND donation of USD liners and some bearings. Thanks for the continued support Josh! 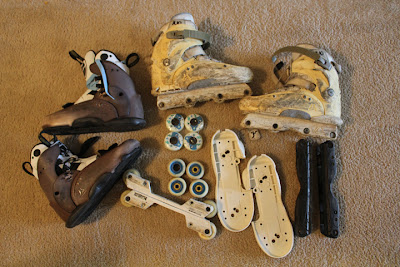 
Big thanks to both these guys, and anyone who has donated in the past. We will be sending skates out to some lucky bladers around the US in the next few weeks, so look out for updates from them!
Posted by Donate and Skate at 3:41 PM No comments:

When we first moved to North Carolina, our buddy Casey told us about a young ripper named Trey. I got a chance to skate with Trey, and he really pushed himself and it was obvious rollerblading was something he truly enjoyed doing. I later found out that Trey wasn't able to skate due to a financial situation, so he wasn't able to buy parts to fix his broken skates or buy new ones. The next time we skated, I told Casey to bring Trey so he could get a pair of skates and keep shredding 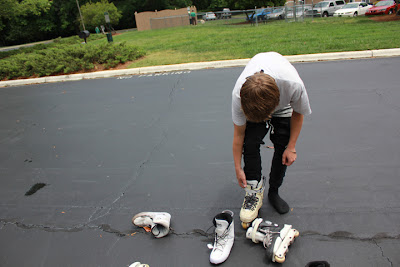 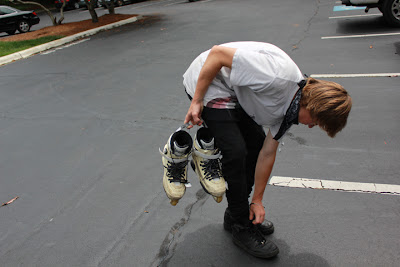 He finally decided he wanted to try some Razors, and we even put in some brand new Jug Aragon 3 liners that we recently acquired.
We took Trey out filming with us, and he seemed pretty comfortable in his new skates. Comfortable enough to even skate a handicap rail in the rain and try tricks he hadn't done before. Check out this quick edit we made of Trey on his skates:
We most definitely will be taking Trey out and pushing him more. He has a lot of potential and it's always a great feeling keeping up and coming rippers on skates!
Posted by Donate and Skate at 3:57 PM 1 comment:

Donate and Skate
Donate and Skate is a Non-Profit Organization that is aimed at putting aggressive skates in the hands of those less fortunate & to those who are interested in becoming a part of the sport of rollerblading for the first time but do not possess the financial means to do so.

We take donations of anything and everything skate related from frame bolts all the way to complete skates. Any parts from any brands will be accepted. We also take money-donations to purchase skate parts if you do not have any lying around, but would like to help the cause.

If you have anything you would like to donate to help us build skates, have any ideas on how you could help, or have someone you think should receive a pair of skates from D.A.S., please send us a message:

or email us at:
donateandskate@yahoo.com.